This is a reflection of the pain I am going through as I finish my son’s biography.

On Christmas morning 2019, hung himself in a town called Black Diamond.

An obscure town in the underbelly of Alberta, Canada.

He and his wife of 12 years, Katelyn had gone their to start a new life.

Hoping to escape the homelessness rut and street life they were “Groundhog Day“ living on the streets of Toronto, Ontario, Canada.

A dream that collapsed and left them stranded, freezing and hungry.

Only to have Alberta Social Services rudely tell him and his wife to “Go home”.

By any way they could.

Adding that there was no way in Hell Alberta Social Services helps fellow Canadians unless they were born in Alberta.

Is not that an awesome display of patriotic love and support?

May Alberta Social Services be Blessed for their act of Brotherly Love towards two fellow citizens on that minus 50 degree December 17th, 2019.

On behalf of my family, I say that I am going to “forgive” you, but I fear that I am not capable.

For, I am only human after all.

With out so much as giving them a bus ticket or enough for a meal, they were vacated from the building.

And this is, but one of, unfortunately, also the ‘last’, chapter of Delaney Jordan “JD, Bubba” McLean Verner’s life.

The writing of his biography is definitely the most difficult and painful event in my life.

I do so proudly and in shame.

Proud of my courage to author his tragic story.

In shameful remorse for the blunt honesty I insist myself to tell his story.

No holds barred for any of the systems, organizations, Social Agencies or people, including family that were any part of Jordan’s tragic life.

No one can know the anguish of knowing that your child’s Light has dimmed.

It is a pain like no other. A genetic alarm wreaking havoc with all the emotions we possess.

And I am pretty fracked up just now.

I have cried a million tears and giggled a million giggles. I have screamed at his picture and rolled on the floor.

THEN I GET UP AND WRITE A FEW PAGES MORE.

THIS PAIN I WILL GLADLY ENDURE.

My paternal instincts acknowledge that Jordan’s Light has gone dark.

It nudges me into believing that I failed my son.

That I, as the Alpha Male, lasped on my responsibility as the Tribal Leader and, definitely, as a Father.

I have never denied that fact. I know I failed Jordan.

We all failed him.

I did not hold back what I knew and know as truth at all in his biography.

I tell you his story as truthfully and honesty as I can and will.

Often with my shame pouring out into words.

Throughout the book it will be the same for family members and any other person involved in his life.

You may find that my honesty is perhaps ‘brutual’ by your standards. You are mistaken.

See the logic and simplicity of truth being a ‘realist’ allows me to live in a real world?

I warn you that there will be, although, I pray not, some people who will not be pleased with some of which I reveal.

As the saying says, and for good reason, “The truth hurts.”

I tell it and see it and live it in the “real”.

Unfortunately, for me, being so causes me to be an extremely over emotional person.

I attest that to the writer side of me.

All of we “artistic” souls are plagued with obscure eccentricities and ecclectic mindsets.

To write one must not be afraid or ashamed to show and express emotions.

My Demons of Guilt were gnawing at my subconscious emotions.

Searching for a way to rack my mind with guilt, shame and negitivity.

That will not work in my case.

By the time I finish this blog, I will be back to smiling and Praying It Forward.

For by authoring this post, I have conquered the Demons of Guilt and I have rendered their arguments as “Invalid.”

In my second last conversation with Jordan, he made me promise him that I would never stop writing.

That he felt, like many others, my writing is the “calling” the Creator has bestowed upon me.

The final thousand stones weighing upon my Yoke of Penance.

Telling me that he was proud of my being an author.

Stating that he admired me for being so honest, too honest, when I put thought to paper and screen.

But, I have to let the tears flow. It is an integral part of the grief process. It clears my path to completing the book.

I, literally, write through a watershed of tears. Nonstop tears. Darn near ever single keystroke. Thankfully, “Spellcheck” was invented.

I am comfortable with knowing that Jordan’s story will be out there for those who will want to explore.

More importantly, though, for those who understand the importance of revamping, rethinking and restructering our wrongly named “Child Welfare System.”

No worries. I have cried my tears. I have confessed my fears.

Just crying and releasing my Demons of Guilt.

Very soon if these tears subside.

On behalf of Jordan go forth in humbleness and Pray It Forward People.

3 thoughts on “DEMONS OF GUILT”

This site uses Akismet to reduce spam. Learn how your comment data is processed.

The biography of my son, Delaney Jordan McLean Verner, who committed suicide by hanging himself on Christmas Day in an obscure Alberta town, named Black Diamond 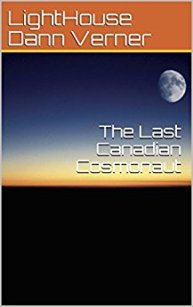 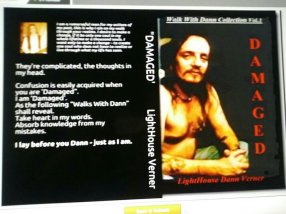 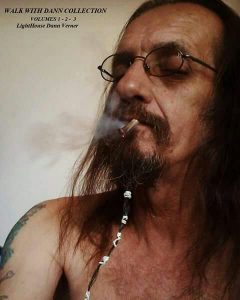 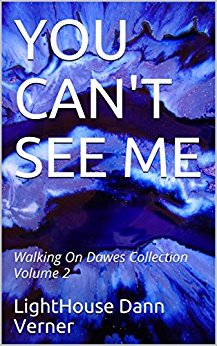 Devotionals on A COURSE IN MIRACLES, A COURSE OF LOVE, THE WAY OF MASTERY, CHOOSE ONLY LOVE, and MIRARI . . .with Celia Hales